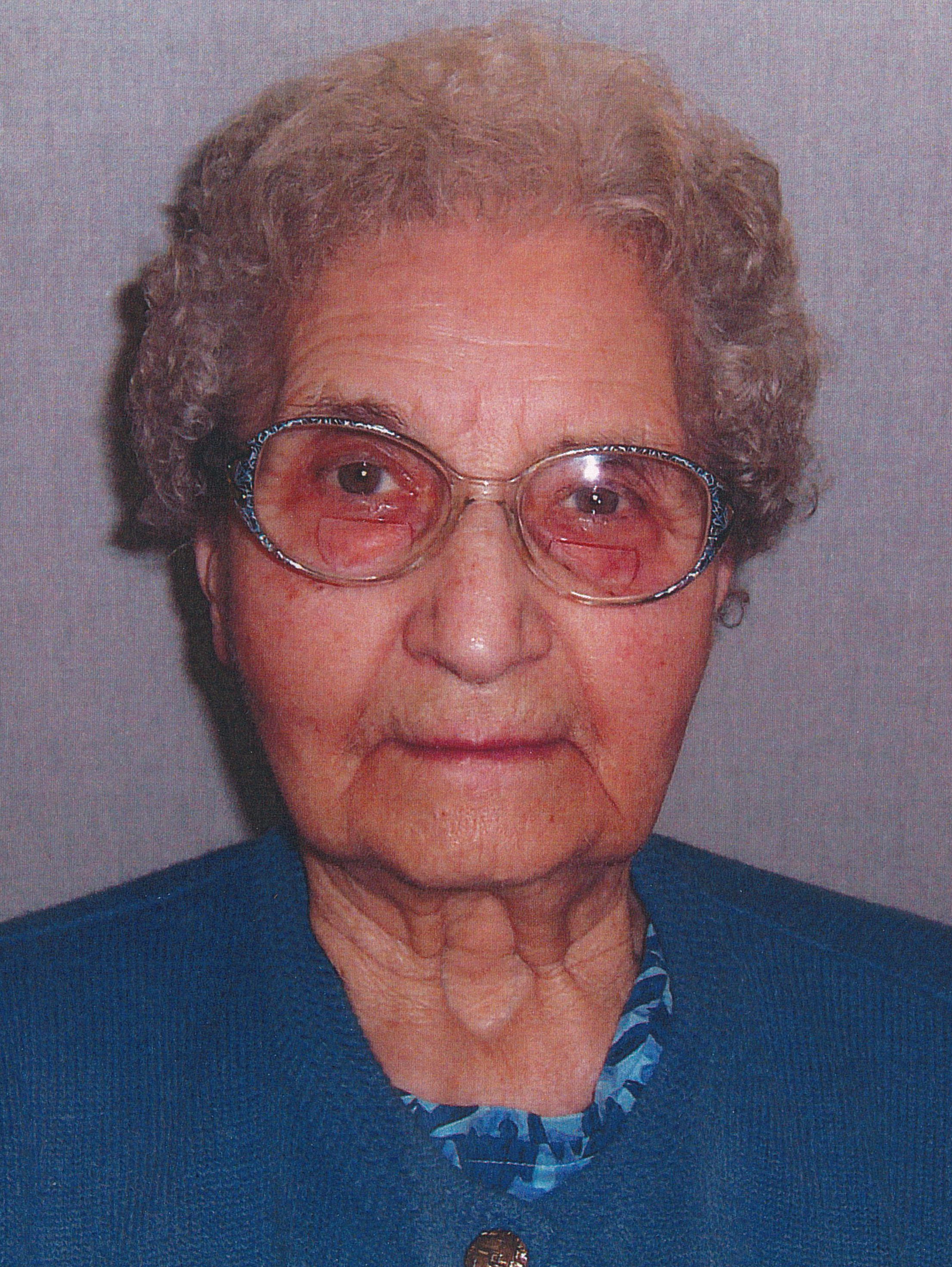 Lena (Wiebe) Neufeld was born to Henry and Lena Wiebe on August 8th, 1922 in Lost River, Saskatchewan. Lena spent her childhood growing up in Elkhorn School District and attended Elkhorn School to Grade 10. At a neighborhood wedding dance, a handsome, young Bernhard (Ben) Neufeld caught Lena’s fancy. On Oct 4th, 1942 the two were wed in Lena’s parents’ yard, a union which would last nearly 70 years. Ben and Lena chose their family, first the twin boys, Dale and Don, followed a few years later by Theresa. They had also cared for their niece, Judy, for five years and always kept a special place for her in their family. Ben and Lena started their farm not far from Lena’s parents and resided there until 2007. During the early years of their marriage, Lena would join Ben out at the bush camps. Ben would cut logs into ties and Lena would help cook and clean. When the farm needed an extra hand, Lena was known to milk the cows and drive the grain truck. When she wasn’t helping Ben with the farm chores, Lena grew a big garden, filled with beautiful flowers and bountiful vegetables. Lena was also a talented seamstress, sewing quilts for each member of her family, including their grandchildren as they arrived. Lena was a member of Bethany Mennonite Church and joined the Ladies Aid group. She also taught Sunday School and Vacation Bible School. Lena was predeceased by her beloved husband, Ben; her parents, Henry & Helena Wiebe; Ben’s parents, Abraham & Anna Neufeld; her three sisters and one brother; her sister-in-law; four brothers-in-law; all of Ben’s family; her granddaughter Stacey Dawn Neufeld and grandson Kristopher Dale Neufeld. Lena is survived by her children, Dale (Mary) Neufeld, Don (Dawn) Neufeld, Theresa (Lyle) Misfeldt, Judy Shields; her eleven grand children and their spouses; twenty-two great-grandchildren; and two great, great grandchildren; as well as one sister.