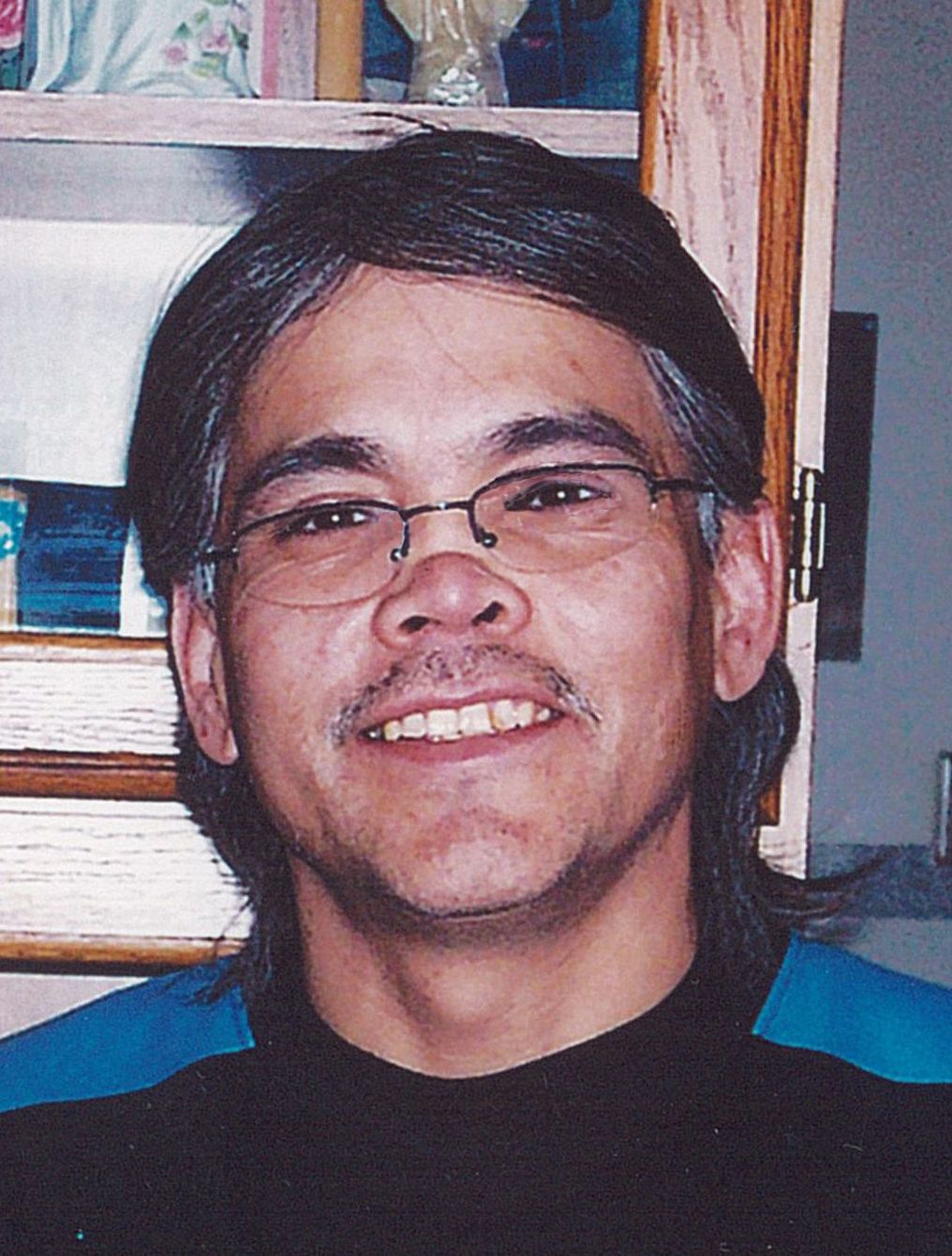 Daniel George Nabess was born in January 1965 in The Pas, MB to Louis and Ethel (McKenzie) Nabess. He was the 13th child of 14 children. Daniel snuck away from this world on Monday, April 12, 2021 in Cumberland House, SK at the age of 56. Daniel, also known as Jaws or Danny, he grew up in Cumberland House. He attended Charlebois School. Danny was the smartest one in the class. He would always get 100% on tests and was very good in math. He moved away to Prince Albert where he got his GED at SIAST. He continued his education and got his plumbing certificate. Danny worked many places such as the Maple Leaf factory and Gold Eagle Lodge in North Battleford. While living in Prince Albert, he worked at the PA Inn and mostly enjoyed working at the Waskesiu Lake Lodge during open season. In 2004, Danny married Nicole Bidyk. They were married for 4 ½ years before they went their separate ways, but still remained friends. Danny was always busy doing something. He would go to his family and friends’ house to see if they needed any help with something. It didn’t matter what job they had for him, he was always happy to help. And he would make sure it was done right. Danny enjoyed many things like hunting, trapping, fishing, and camping. He also had a great love for animals. He enjoyed helping with his siblings’ dogs: Warrior (Kevin’s), LeRoy (Ida’s) and Buster (Daisy’s). After living away from Cumberland House for years, Danny finally moved back home in 2017 to live with his sister Ida. Danny had many friends from all over Saskatchewan. The family would like to thank John Sr and Rhonda Desjarlais for their friendship and kindness they showed our brother ‘Jaws’. Jaws’ little helping hands will be missed by many. Danny leaves behind to cherish his memories, his daughter, Lori Thomas (his grandchildren: Draya, Jandin, Dayley, Dahesha, Dessah, Stormy, Lara); and his son, Dustin Pelly (his grandchildren: Dustin Jr, Elijah, Lahraya, Jordan, Cree and Josiah); his wife (separated), Nicole Bidyk; his step-children, Kaylin, Braden & Jessica (grandchild, Logan); his siblings: Rose Dussion, Jared (Judy), Doug, Carl, Ida Charles, Daisy (Zac) Carriere, Janeen (Gilbert) Crane, Donald (Matilda), John (Susan), Clara/Patricia Wiens, Kevin (Lorette), his special sisters Patty (Steven) Laliberte, and Jody (Angus) Carriere; his Auntie Josephine Carriere; and numerous nieces and nephews. Danny was predeceased by: his parents, Louis & Ethel Nabess; his brothers: Edward Nabess and Richard Nabess; brother-in-law, Daniel Dussion; sister-in-law, Rose Nabess; nephew, Larry Shaw; niece, Lorraine Dussion; grandson, Danny Flett; Auntie Melanie Crate; Uncles: Robert Crate & Victor Nabess; and his cousins: Lorraine Crate, Larry Crate, Victor Crate, Louie G. Nabess, John Nabess, Wayne Nabess, Mary Nabess and Alec Nabess. Private Family Service