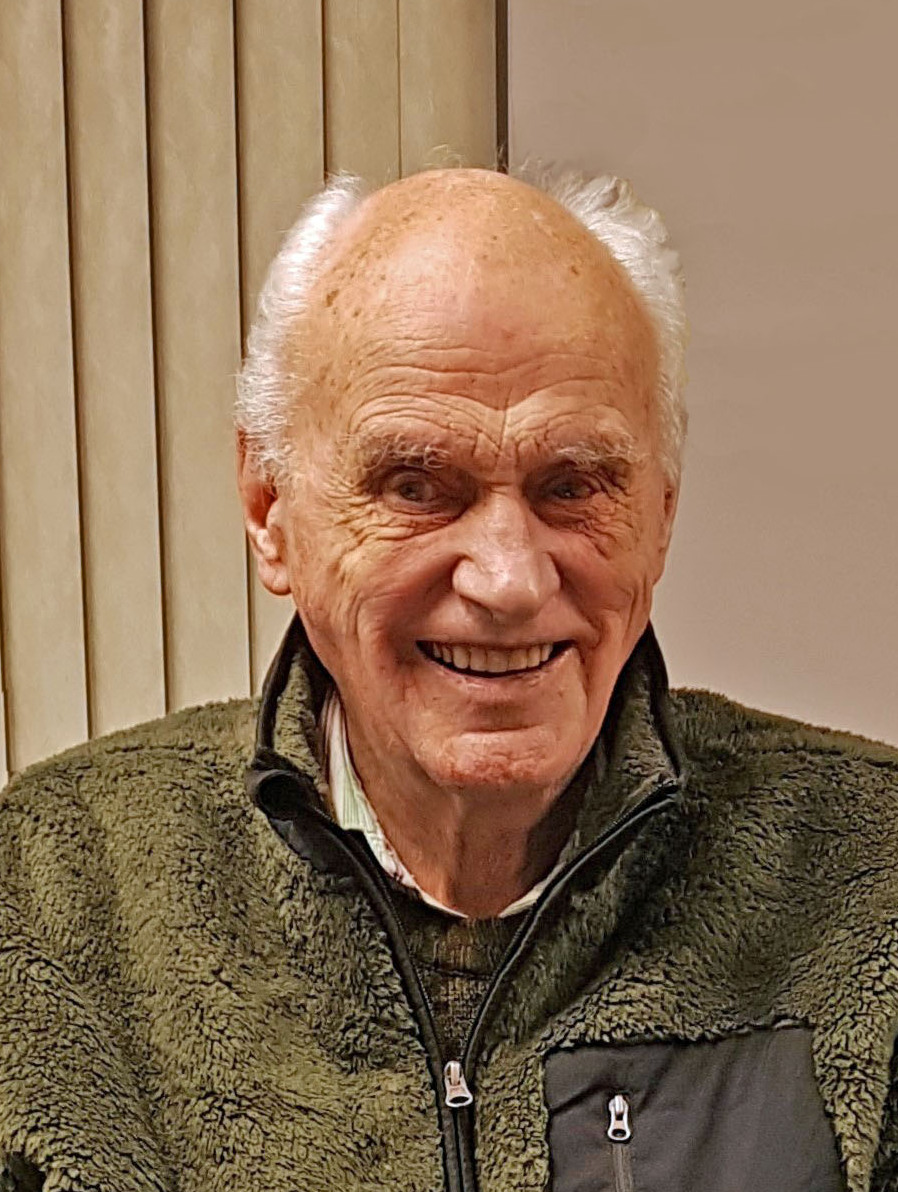 Waldemar Gerhard Zacharias passed away peacefully October 6, 2021 at Pineview Lodge in Nipawin, Sk with his family by his side. Dad (Waldie) was born to John and Susanna (Epp) in September 1928 in Rosthern, Sk. April 1932 he moved with his parents to Moose Range, arriving by train with their possessions packed into boxcars. He attended La Balm school finishing 10 grades in 9 years. He had a keen interest in growing different things and raising a variety of poultry. He worked on the farm and helped out with the neighboring farmers as well. He worked in a saw mill one winter east of Carrot River towards The Pas. He also did carpentry work and was employed by John Lyons in Nipawin, but he was a true farmer at heart. He married Elfreda Matthies April 30, 1958. Together they had a son Mark and a daughter Heather, who were both given "normal names instead of names like their parents". On their farm they raised cattle, grain, and chickens both for laying and butchering much to the dismay of the kids who had to help with the butchering, the egg collecting, washing and candling. Dad grew a variety of crops and as soon as us kids were big enough to reach the steering wheel and the pedals, we all worked in the field helping out. Dad and Mom were married in the South Mennonite Church and then attended the Carrot River Mennonite Church after the 2 churches joined. Over the years Dad taught kid's clubs and Sunday School. He was the church treasurer for many years. He also worked as a volunteer lay pastor when the church was between ministers. His faith in God was like his love of his family, factual and straightforward. He was a quiet spoken, calm presence in our lives, except when he was chasing cows then he was like a man possessed. He always had time to help out, answer questions and bat pop flies after a busy day of working in the field. Never once when his family needed him, did we ever feel like we were inconveniencing him or wasting his time. His culinary skills however, were limited. The one year when Mom worked fulltime at Carrot River Hospital, we rotated through a menu of canned beans on toast or eggs on toast. Dessert was either a scoop of ice cream in a bowl or on toast. But after we ate and the dishes sat on the table, we would get out the encyclopedia and learn stuff we didn't know before. Dad was an avid reader and highly intelligent. He was inherently curious and passed that curiosity on to his children. He filled our heads with facts, some maybe useless, but he always wanted to learn more. Even in his 90's he would ask me to get out my phone and look something up he was just wondering about. He was a patient husband, looking after Mom for many years when her health began to fail. He thoroughly enjoyed his grandkids and loved spending time together with them. The past few years were particularly hard on him. The isolation imposed by government regulations limited us to talking very loudly to him on the phone and him spending many months and his last Christmas alone without his family. Every time the rules relaxed a bit we rushed to visit before they changed their minds about allowing us to see him. Waldie was predeceased by Elfreda, his wife of almost 60 years; his brother, Lorne; and his parents, John and Susanna (Epp) Zacharias. Waldie is survived by his son, Mark (Donna) Zacharias; and his grandchildren, Rhiannon (Liam) Cowman, Danae; his daughter, Heather (Darwin) Mazur; and his grandchildren, Tianna (Josh) Cote, Rhys and Aleah; his sister Betty Mark (Elmer deceased); and many in laws and numerous nieces and nephews.