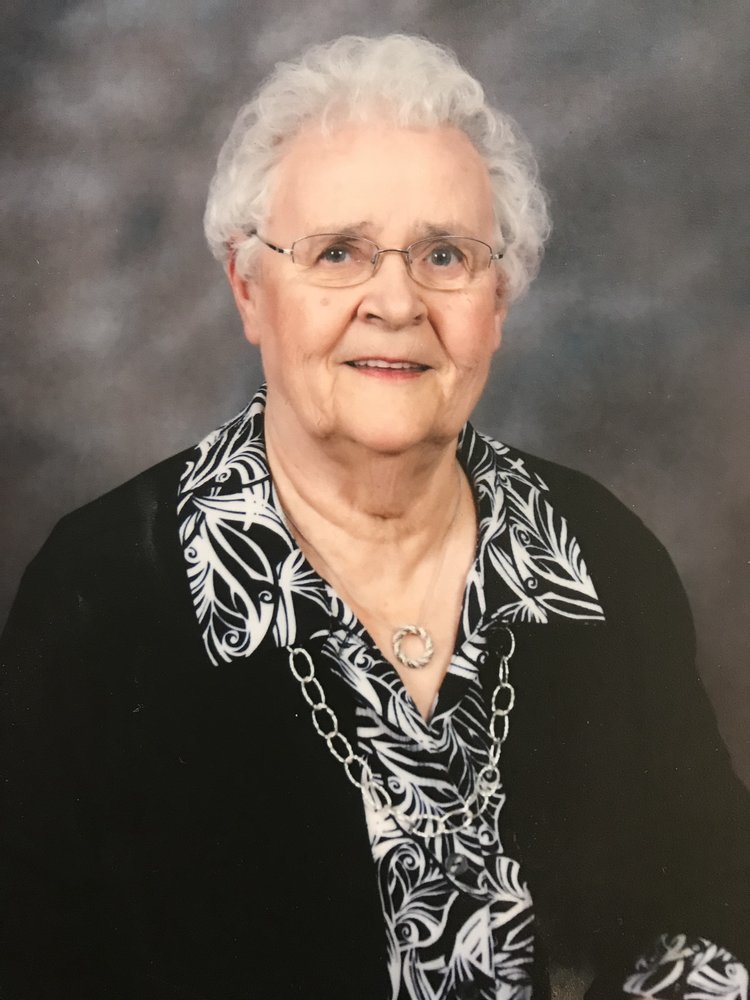 Please share a memory of Katherine to include in a keepsake book for family and friends.
View Tribute Book

Katherine “Tina” Bratberg, beloved wife of Louis Bratberg of the Ratner District, passed away peacefully at Nipawin Pineview Lodge on Sunday October 14th, 2018, at the age of 89 years. Tina was born on March 21st, 1929 at Teddington, SK.

She was the oldest daughter of Dave and Helen Bushman and she grew up with eight siblings. Katherine is known by the name Tina by most of her friends.

Tina initially worked as a house keeper for the Bratberg family and later married Louis on December 10th, 1948 at Nipawin, SK, and to this union three children were born: Betty, Lavern and Kevin.

Tina had a strong faith and attended church and ELW activities as long as her health enabled her.  Her favorite interests included gardening as they had two big gardens, baking, canning food, cooking, crocheting, knitting and picking blueberries with friends. Tina had a great sense of humour and she could make light of a lot of tough situations.

Tina was predeceased by:  Her parents, David and Helen Bushman, her husband Louis, her son Lavern, her sisters; Susan, Margaret, and Sarah, her brothers; Abe, Dave and Peter.

Left to treasure her memory are her daughter Betty (Robert) Hanson, and her son Kevin (Linda), her daughter in-law Irene,

Tina will be sadly missed and fondly remembered by all who knew and loved her. May she rest in peace.

Share Your Memory of
Katherine
Upload Your Memory View All Memories
Be the first to upload a memory!
Share A Memory