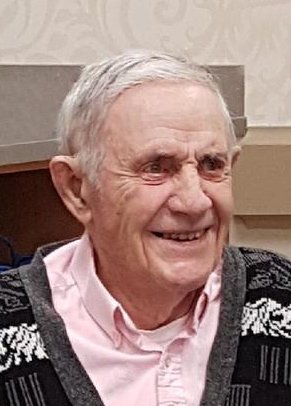 Please share a memory of Alphonse to include in a keepsake book for family and friends.
View Tribute Book

Alphonse passed away peacefully on October 18, 2018 at Newmarket Manor in Tisdale.  He was born September 12, 1924 on the homestead farm to Etienne and Marie (Archer) Lacroix.  He was the third oldest of seven children.  Marie and Etienne also raised Vitaline Archer (Lalonde) which Alphonse considered as his baby sister.  He attended Verchères School.  In 1956 he married Thérèse Cadorette.  They moved to their own farm 5 miles south of the homestead.  They raised 4 children.  Dad loved the farm and caring for his animals.  He had a stride as long as he was tall.  He was a founding member of the Zenon Park Knights of Columbus.  In his lifetime, he spent time with his grandchildren providing special memories to each.  One of his hobbies was attending auction sales.

Alphonse was predeceased by his parents and all of his brothers: Régis, Joseph, Jean, Paul, and Frank, nephew Pat and grandson Matthew.

Share Your Memory of
Alphonse
Upload Your Memory View All Memories
Be the first to upload a memory!
Share A Memory