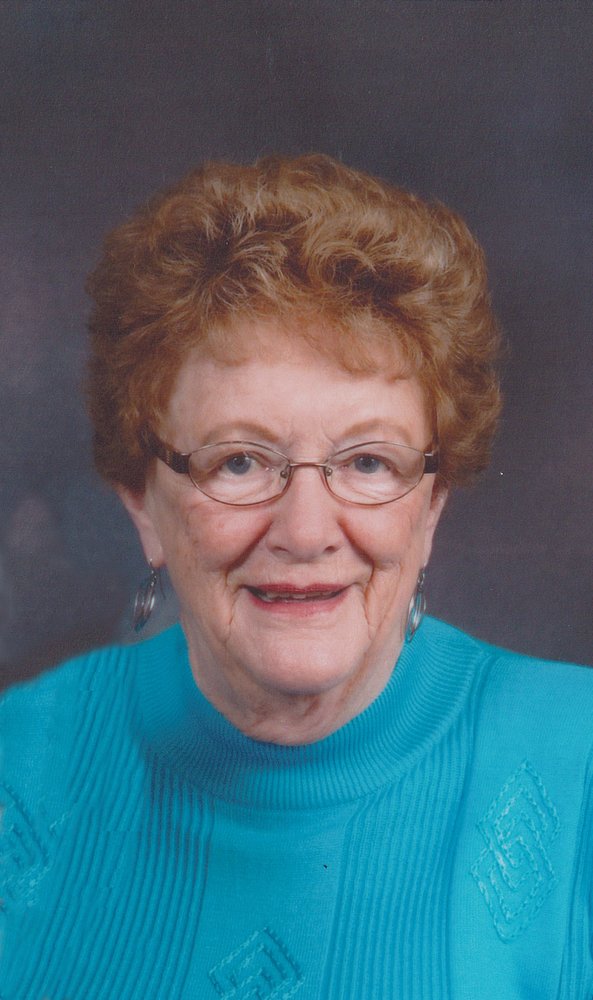 Please share a memory of Esther to include in a keepsake book for family and friends.
View Tribute Book

Esther Josephine (Lessmeister) Zimmer was born on December 26, 1935 in Macklin, Saskatchewan.  She was the eighth of ten children born to Herman and Mary Lessmeister.   She grew up on the farm near Denzil, Saskatchewan.  She attended the Gottlob rural school until grade eight and then carried on to complete her high school education at Assumpta Academy in Battleford and graduated from Sion Academy in Moose Jaw, Saskatchewan.  Esther took the combined X-Ray /Lab course in Regina in 1957, and worked as a student radiographer at Outlook, Moose Jaw and University Hospitals.  Upon becoming a Registered Radiology Technician, she moved to Nipawin in 1961 for work and that is where she met George Zimmer.

George and Esther were married on October 13, 1962 in Denzil, Saskatchewan.  Together they have two children Allan and Katherine.   Esther worked as a combined X-Ray and Lab Technician at Nipawin Union Hospital.  She worked mostly as an X-Ray Technician until she retired from full time work in 2000.  Esther loved her work and was not quite ready to give it up so she continued to work casually in Nipawin and High Level, Alberta for several years after her official retirement.

Besides working outside the home, Esther worked alongside George on the family farm west of Pontrilas, Saskatchewan.  Over the years they planted the rows of evergreens surrounding the house and they have now grown to be over 30 feet tall.  They retired from farming in the early 2000's.  Even after she retired, Esther and George continued to plant a very large vegetable garden which they preserved through freezing vegetables and making pickles and sauerkraut.   Esther loved to feed all the birds nearby and had many hummingbird feeders on her kitchen windows so she could watch them fight over the nectar.  A few years ago, Esther even fed a bald eagle that came back every day for several months.

Esther took a break from work to raise her young family.  She continued to support them in their sports endeavors; ball, football and curling.  Then as her grandchildren came along, Esther and George would travel to hockey tournaments throughout the province to cheer them on, camera in hand.

Esther loved sports.  She played fastball and curled a bit but if you knew Esther at all, you know she loved hockey.  Especially the Nipawin Hawks.   She volunteered with the Hawks over the years, would travel to games, take bus trips to watch or listen to them on the radio when she was not able to go.  On more than one occasion, during a stormy winter’s day, George would be plowing the yard so that she could make it to the game that night.

She is survived by George, her husband of 56 years and her children Allan (Doreen) Zimmer and Kathy (Neil) Pearson; her five grandchildren Martin Pearson, Michael Pearson, Colton Zimmer, Sheridan Zimmer and Chase Zimmer; her sister, Mary Lessmeister, and sister-in-law Magdalene Lessmeister and numerous nieces and nephews.

Share Your Memory of
Esther
Upload Your Memory View All Memories
Be the first to upload a memory!
Share A Memory