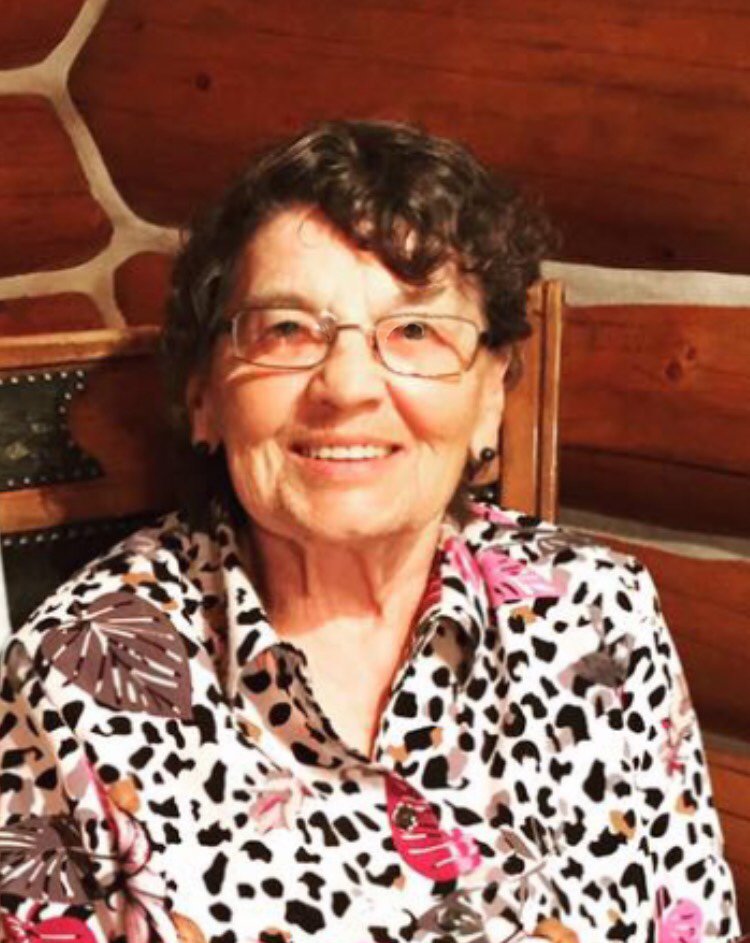 Please share a memory of Sally (Sylvia) to include in a keepsake book for family and friends.
View Tribute Book

Sally was born in Rosthern, SK.  She remembers living on a hill overlooking a river, which today would be considered lakeview property (probably worth a fortune).  They then moved to Yellow Creek when she was about 5 or 6 traveling by horse and wagon.  Sister Iris remembers they might have even slept in the ditches along the way.  They lived in Yellow Creek close to her Grandma for a few years before traveling by train from Yellow Creek to Carrot River, with a chaperone (a neighbor going to work at a saw Mill). He ate her sandwiches.  They homesteaded in a little log house East of Carrot River.  She attended Bell Boy School walking about 3 miles in the dark, through the deep snow in dresses, always scared of bears.  Her Mom would walk with them part way.

She graduated from Grade 9 in June of ’51.  She went to a dance that summer and it was love at first site with the guitar player in a band (that was Bob).  They had a short whirlwind romance and were married that November and lived happily ever after together for the next 58 years on their farm East of Nipawin where Sally resided until her passing.  They had 5 children, Ted, Mick, Marcel (twin sister Marcella passed away at only 3 weeks old) and LeeAnn.  Their farm was a busy place, always work to do.  Huge gardens.  They raised cows, pigs, chickens, milked the cows twice a day.  Sally sold the cream for grocery money.  Butchering Chickens Day was the original neighbourhood block party.  Their farm was the gathering place for all Family and Friends for Xmas’s, Easter’s, long weekends, and Sundays.  Bob would make sure you had enough to drink and Sally would make sure no one left hungry.  Sally enjoyed cooking and visiting with everyone.  She even made cooking her career.  She was the head cook at the Evergreen Centre in Nipawin for 10 years until her retirement.  She also cooked at the Holiness Church Summer Revival Camp every summer for many years.  The Parishioners would bring their garden produce and she would turn it into a great meal for 20-30 people.  She even got us all involved slicing,dicing and peeling potatoes.  They loved her there.  Sally and Bob were active in this Church all their lives.  Sally was on the Women’s Board and catered many meals in this kitchen.  It is only fitting that we gather here for one last visit and a meal in her honour today.

Sally’s memory was fading in the last years and it was a very different life living on the farm without her husband Bob.  I know in her heart she treasured all of you and the memories you shared together.  Let us honour Sally today!!

Share Your Memory of
Sally (Sylvia)
Upload Your Memory View All Memories
Be the first to upload a memory!
Share A Memory