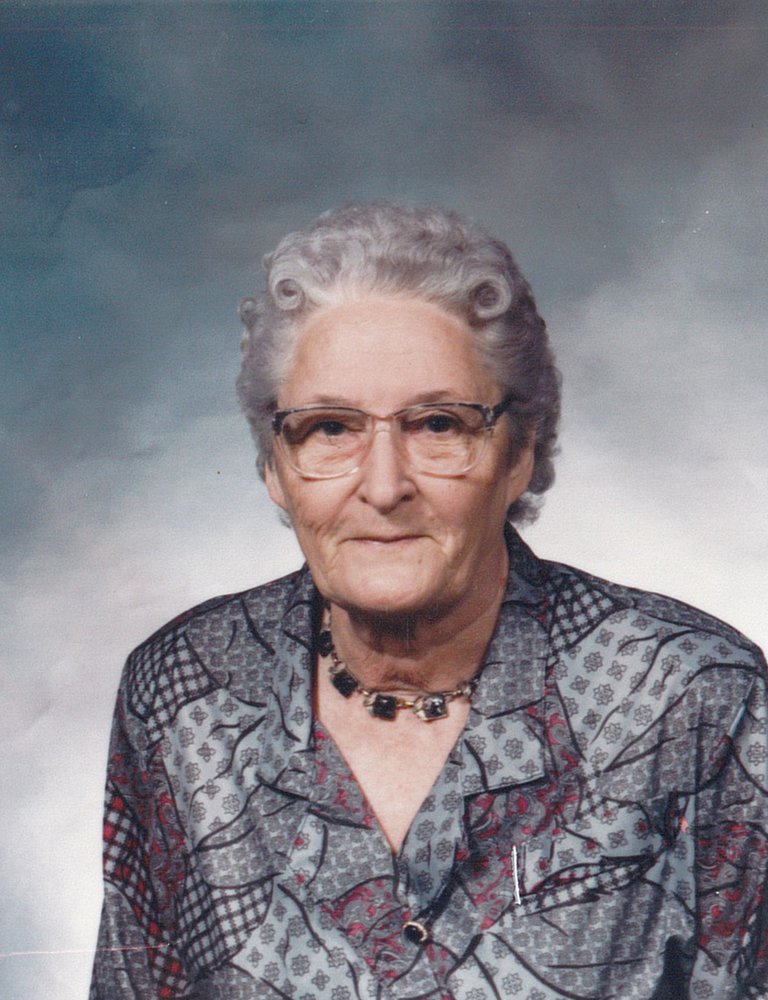 Please share a memory of Roberta to include in a keepsake book for family and friends.
View Tribute Book

Roberta was born in Hannah, North Dakota, USA on November 4, 1916.  She came to Canada in 1918 and lived in Young, Sask. where she took her schooling.

Her family moved to Usherville, Sk, in 1932 and on July 14, 1942 she married Wilfred Gordon Burroughs. They moved to Nipawin in 1967 where Wilfred was in construction work for a number of years before moving to Saskatoon where he husband passed away in 1968. She then moved back to Preeceville where she lived until 1984 when she came back to Nipawin. Most of her life was spent looking after elderly people.

The family would like to thank the staff at the Carrot River Health Centre and Pastor Fiege for his visits, as he could always make mom laugh!

Share Your Memory of
Roberta
Upload Your Memory View All Memories
Be the first to upload a memory!
Share A Memory