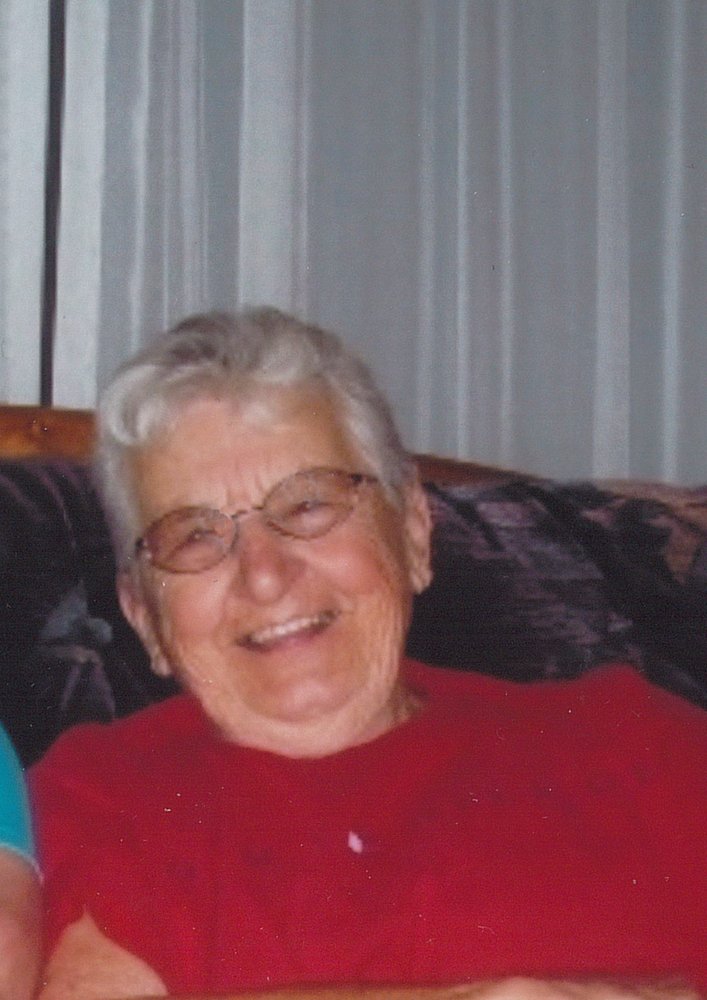 Please share a memory of Eva to include in a keepsake book for family and friends.
View Tribute Book

Eva Bernice McMurchie was born on July 30, 1925 in Paynton Saskatchewan. After graduating high school, she enrolled in what was called Saskatoon Normal School and completed a minimal teacher training program. Her first teaching job was a one room country school in Meskanaw, Saskatchewan. She wasn’t much older than her grade eleven student.

Eva met Noe Lefebvre during her second teaching assignment in Ethelton, Sask. He was recently home from serving in World War II. They were married at Paynton in October 1946. Marilyn, 1947 and John, 1949 were born while Noe was employed as a grain buyer for the Searle Grain Company in Clemenceau Saskatchewan. They moved to the Huntdale district in 1950 where Noe received land through the “Veterans Land Act”. The Twins Katherine and Kenneth were born in 1951, Lorraine in 1953 and Jeannie in 1956. They moved to the farm two miles east of Carrot River in 1957. Mom upgraded her teaching credentials through correspondence, summer school and intercession and began teaching again at Carrot River High School when Jeannie started school. She taught there for nineteen years and retired about 1981. Noe had retired from farming and they were free to follow the pony chuckwagon and chariot racing circuit during summer months and travelled south to Arizona, Florida, Mexico and New Zealand for many winters. Eva had many hobbies and interests including sewing, knitting, crocheting, quilting, stained glass work, painting, curling and golf.  After Noe’s death in 2005, Eva sold her farm and moved to senior housing in Carrot River.

In August 2016 she moved to the Carrot River Health Centre where she resided until her passing on April 23, 2019.

She leaves to mourn her 6 children, 21 grandchildren and 43 great grandchildren, her brother William McMurchie, 3 sisters in law and many nephews, nieces and friends.

Share Your Memory of
Eva
Upload Your Memory View All Memories
Be the first to upload a memory!
Share A Memory