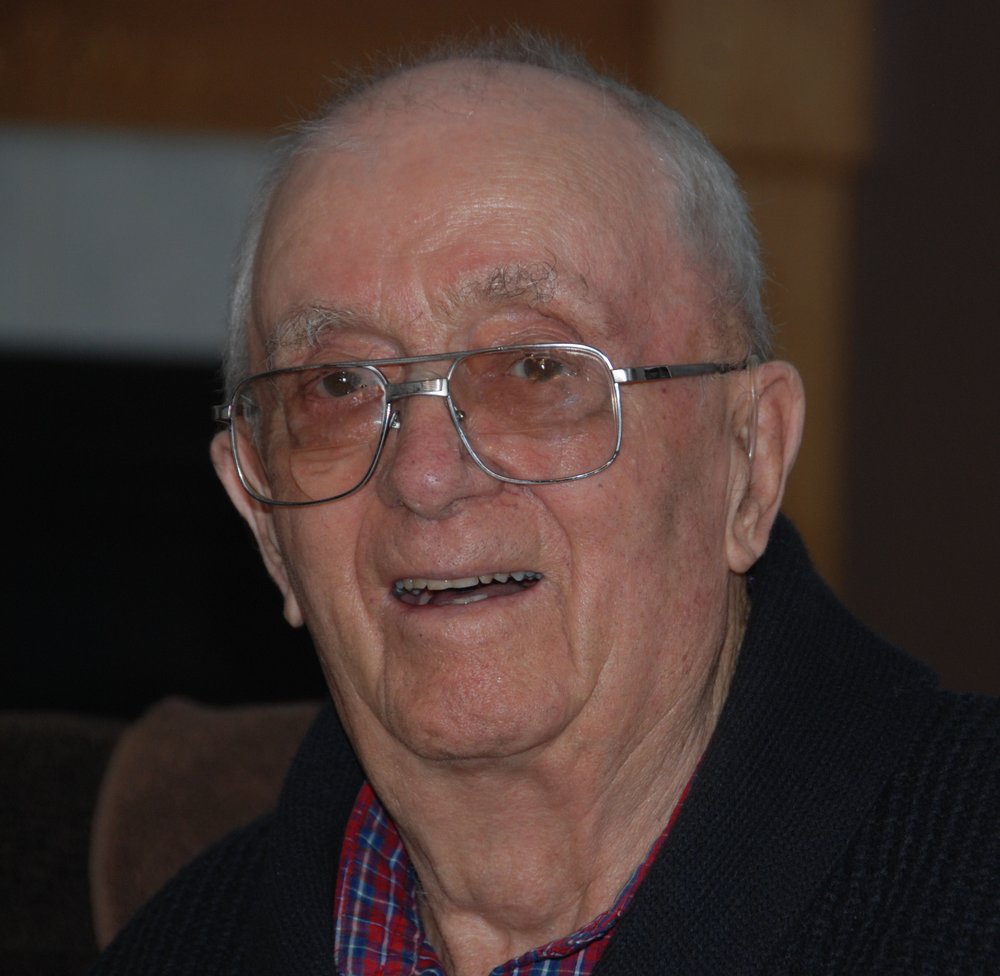 Please share a memory of Thomas "Tom" to include in a keepsake book for family and friends.
View Tribute Book

Thomas (Tom) Berton Hawley was born on January 30, 1927 on a farm in Arborfield, Saskatchewan to Earl Berton Hawley and Alice Eleanor Hawley.

Tom grew up in Arborfield and was enrolled in school there until grade 4.  At the age of 14 he was working in bush camps with his dad.  At the age of 18 his family moved to town and he worked on the dray, hauled water, and worked making ice in the skating rink.

While living in town he met the love of his life, Onadell May Degerness.  They were married three months later on September 25, 1948.  After a few hard years he got a job working for HBM&S and moved his family to Flin Flon in May of 1953.  In July of 1960 he transferred to Snow Lake with HBM&S where he remained until he retired on May 29, 1985.

Tom was a board member of many community clubs in Snow Lake and Nipawin.  He volunteered substantially in the community (skating rink, minor hockey and the church). They also had a big garden on an island where they were kept busy growing their own vegetables.

When Tom retired, he enjoyed skiing, fishing, dancing, and spending time with their grandchildren and great grandchildren.  Their love for dancing sparked their decision to move to Nipawin in July, 1988.  While living in Nipawin they enjoyed square dancing, old time dancing, gardening, bowling, and they were active members of the Seniors Club.

In June of 2011 Tom and Ona moved to Sterling Manor in Moosomin, Saskatchewan to be closer to family after having some health issues.

Tom was fortunate to have enjoyed 70 years of marriage with his lovely wife, which was celebrated last September.  He passed away peacefully, with his family by his side on June 29, 2019.

Share Your Memory of
Thomas "Tom"
Upload Your Memory View All Memories
Be the first to upload a memory!
Share A Memory