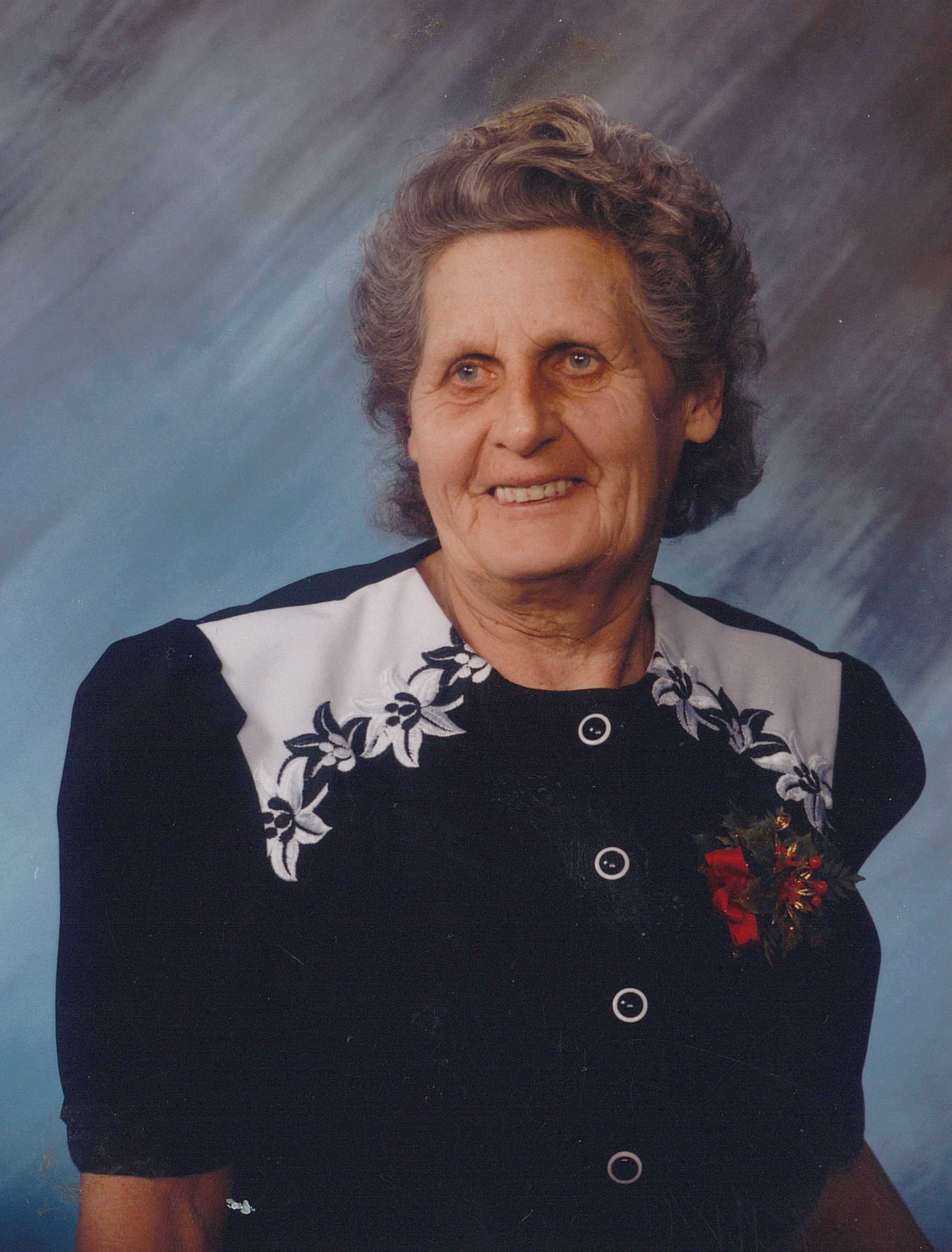 Please share a memory of Florence to include in a keepsake book for family and friends.
View Tribute Book

Florence Lindstrom was born in Blaine Lake, Saskatchewan on June 28, 1926, the eldest daughter of Wilfred and Winnifred Freer. They were raised on a farm near Marcelin, SK.

Florence, Dorothy, and Frances had many happy times together, horseback riding, sledding and in winter jumping up and down on the snow banks. The girls visited neighbors and played blind man’s bluff and many card games. Florence knitted and embroidered most evenings. The girls did a lot of walking, bringing cattle home in the evenings and watering cattle half a mile away in the winter and when it was dry. Because they did not have a TV, Florence enjoyed playing cards and several board games on Sundays.

Florence took her schooling at Paddling Lake, a country school under several teachers. She would walk two miles to school with family members but, in winter their dad would take them in a horse drawn sleigh called a “caboose”. After leaving school in Grade 8, she did housework & worked in restaurants in Prince Albert, SK. Florence had a generous, kind and caring heart and was able to make friends easily.

Florence met her husband Emil in Prince Albert. Florence & Emil married in Prince Albert in 1949 & moved to a farm in Choiceland, SK. There they raised cattle, and Florence enjoyed picking berries and gardening. She enjoyed several parties the neighbors had for them, especially the celebration of their 25th anniversary. After Emil’s passing, Florence moved into Choiceland, then due to health issues, she moved to the North Haven Lodge in Smeaton where she lived out the remainder of her life. She passed away on July 16, 2019 at the age of 93.

Florence was predeceased by her parents Wilfred and Winnifred Freer, her husband Emil, her sister Francis and two brothers-in-law.

Florence is survived by her sister Dorothy and numerous nieces and nephews.

Share Your Memory of
Florence
Upload Your Memory View All Memories
Be the first to upload a memory!
Share A Memory