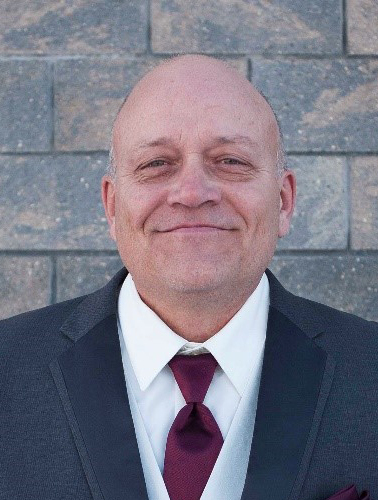 Please share a memory of Roger to include in a keepsake book for family and friends.
View Tribute Book

Roger David Pinel, 60, of Tisdale Saskatchewan, succumbed to cancer at the palliative care unit at St. Paul's Hospital surrounded by his family on Aug 6th, 2019

Roger is survived by his two sons Nicholas Pinel and Benjamin Pinel.  His daughter in-laws Kayla (Nicholas) and Paige (Benjamin) and by his grandchildren Ciara, Charlotte and baby Anderson.   Roger is also survived by his many siblings, cousins, nieces, nephews and extended family. Roger was a loving father, grandfather, brother and a friend to everyone who he met on his journey through life.

Roger grew up loving sports. Whether it was playing football, baseball, basketball, bowling, curling or anything in between.   He was always involved and found great happiness in any activity. One of his greatest highlights was competing in the Saskatchewan summer Games in 1976, where he would take home a silver medal in canoeing.  Roger's passion for sports transitioned to a dedicated spectator for all his favourite sports and teams, most of which he would watch in real time no matter the time of day.  Roger loved to be in the outdoors and would often see the most amazing sunrises in the morning or sunsets in the evening.

Roger was a dedicated hardworking man who had several careers over his lifetime.  From working assembling bicycles as a teenager to being a realtor, a meat cutter and finally becoming a journeyman welder spanning the last 20+ years.  Roger was forced to give up his professional career due to his health, but always found a way to keep in touch with his co-workers.  Roger worked in countless number of communities throughout Saskatchewan making friends at every stop.  Roger was always there to help relatives and friends with whatever projects they needed, and gave a helping hand with no matter what he was facing.

A special thank you to the St. Paul's Palliative Care Unit, RUH Oncology Unit, the Saskatoon Cancer Centre and Tisdale Hospital for their loving Care and support during his long battle. Also, the family would like to extend their sincerest gratitude towards Heritage Funeral Home for being accommodating and understanding during this difficult time.

Funeral will be at 11:00am Tuesday, August 13th, at the Immaculate Conception Roman Catholic Church in Tisdale, Saskatchewan. Roger will be laid to rest at Mabel Hill Cemetery in Nipawin Saskatchewan. Memorial Donations can be made to RUH Foundation or Tisdale Hospital.

Share Your Memory of
Roger
Upload Your Memory View All Memories
Be the first to upload a memory!
Share A Memory