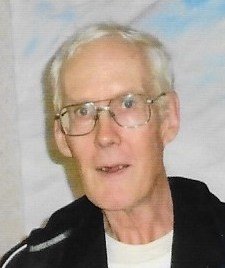 Please share a memory of Alexander to include in a keepsake book for family and friends.
View Tribute Book

Alex was born October 12, 1953 at Arborfield SK. His parents were Roland and Mary Mullie. He died peacefully August 15, 2019 after a short illness at home in Nipawin SK.

He attended school in Arborfield until his Grade 12 graduation. He studied to be a novice at St. Peter’s Seminary in Muenster SK.

Alex lived in Prince Albert and Saskatoon, spending the past 5 1/2 years in Nipawin at the home of Elaine and Ervin Johnson. He spent time cycling, walking and cross-country skiing as well as planting sunflowers at Johnson’s acreage. He participated in COPE in Nipawin and continued the art that was a passion throughout his life. His artistic works include painting, sketching with charcoal, making prints from metal and wood etchings, and photography. His work has been displayed in art galleries in Prince Albert, Saskatoon and Carrot River, as well as in many of our homes.

Alex was predeceased by his mother Mary and his father Roland in 2010.

He is survived by his uncle Felix Mullie of Edmonton, Aunts: Tillie Mullie of Montreal, Marguerite Mullie of Midland ON, Shirley Gibson of Saskatoon SK, Elizabeth Jennings of Delta BC, Gena (David) Graham, Uncle Sandy (Bonnie) Cochrane, and many, many cousins.

His caregivers Elaine and Ervin Johnson of Nipawin provided him with a stable and caring home, which enabled him to enjoy being part of the community.

Share Your Memory of
Alexander
Upload Your Memory View All Memories
Be the first to upload a memory!
Share A Memory