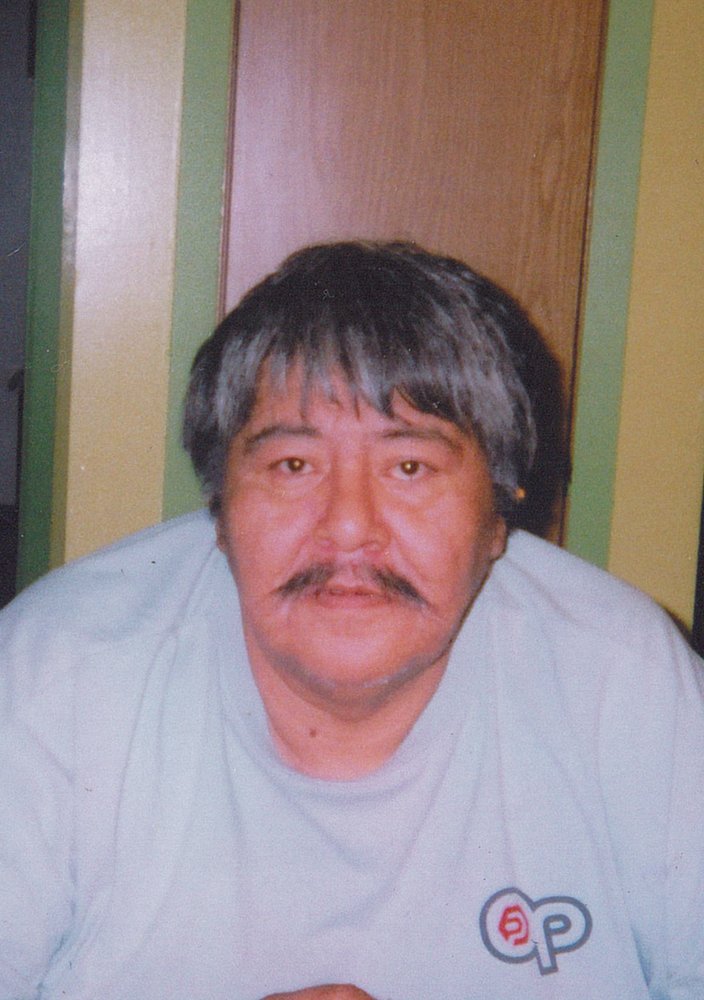 Phillip Nathan Crane left this world on August 21, 2019 and was finally reunited with the love of his life Denise Elizabeth Crane.

He was born in Cumberland House, SK on June 5, 1954 to parents Julius Crane of John Smith Reservation and Louisa Canada of Cumberland House. He was the youngest of all his siblings and last surviving. Phillip and Denise were loving caregivers to many foster children. They maintained relationships with all the children under their care. A true testament to their loving nature. Phillip had various jobs throughout his life, he worked for the village of Cumberland House for several years. Most recently, he was an elder for the Cumberland House Cree Nation and sat on various boards.

Philip was affectionately known to the community as “Big Phil” or “Filthy Phil”. He is known for his witty sense of humour and relentless teasing. The residents of Cumberland House have many stories about Phil that are being told even at the time of this writing and will be remembered for many years. The laughter that accompany the telling of these stories is a comfort and for that we thank you, Phil.

Philip maintained a close connection to the land and spent as much time as he could in the outdoors. He loved spending time at camp with his family and friends. When Phil lost his wife and siblings and continuing loss of health, he spent less and less time outdoors. The times that he enjoyed the most were the gospel jamborees that were held at Birch River.

“A day without laughter is a day wasted”

Share Your Memory of
Phillip
Upload Your Memory View All Memories
Be the first to upload a memory!
Share A Memory