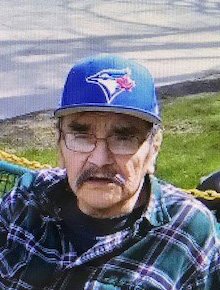 Please share a memory of Paul to include in a keepsake book for family and friends.
View Tribute Book

Paul Pelly was born on November 2nd, 1947, he was a fraternal twin, to Stanley and Helen Pelly at Cumberland House, SK.

Paul married Corrine Settee on November 9th, 1991 at Cumberland House, SK. They were blessed with two children Pauline and Sheldon. He had a large extended family and numerous grandchildren, numerous nieces and nephews.

Paul attended school at Pemmican Portage and then later on started at Charlebois School.

Paul enjoyed spending time with his family, especially his grandkids. He liked playing Bingo and always ran into his friends from Cumberland. He always had time for them, reminiscing about back home. He spent his time watching T.V. such as football, baseball and hockey but his favorite program was wrestling where he would talk to the T.V.

Paul was well liked by everyone who knew him. He was known as the famous man, he got this name when people traveled, they would write on walls, “Paul Pelly was here”. His name was written all over Canada, Scotland, Paris, Las Vegas, the Grand Canyon and so the list goes on.

Paul will be greatly missed by everyone he met. He was a loving father, brother and friend.

He will be forever in our hearts.

Share Your Memory of
Paul
Upload Your Memory View All Memories
Be the first to upload a memory!
Share A Memory