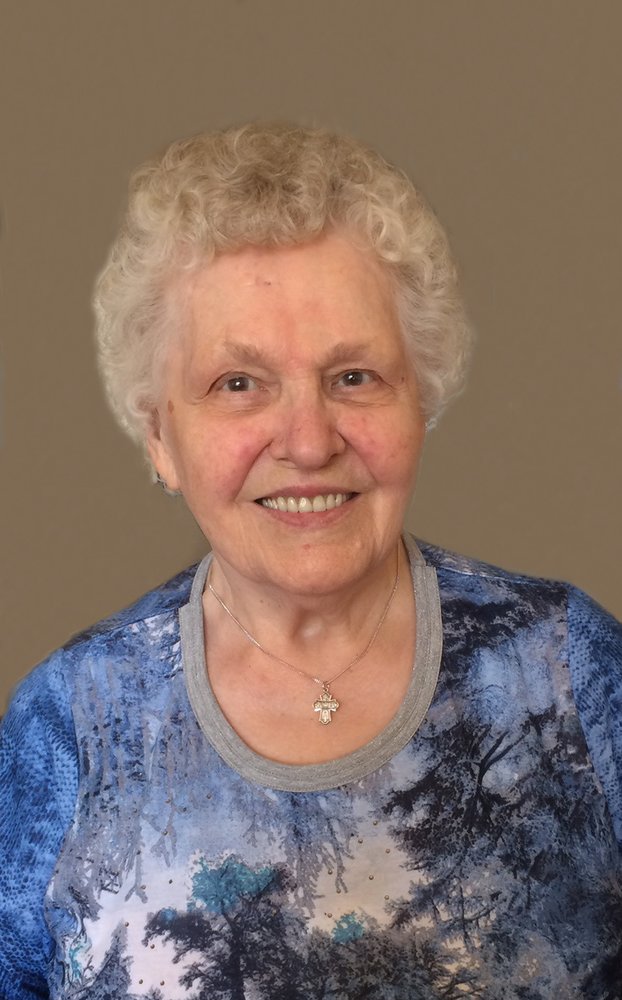 Memorials in memory of Margaret Puhl may be made to:

"A Charity of One's Choice"

Please share a memory of Margaret to include in a keepsake book for family and friends.
View Tribute Book

Margaret was born on April 16th, 1925 in Otthon District, SK to Agnes (Markus) and Joseph Gulash. At the age of 3, her family moved to Parkview, SK, and in 1937 to Swan River, MB. She married Frank Puhl on July 24, 1945 after which they resided in the Cana District. Frank & Margaret moved to Melville in 1957, where she lived for nearly 60 years before moving to Nipawin, SK in 2015.

Growing up on the farm, Margaret earned her due through hard work and adversity. She was granted very few conveniences and luxuries in her younger years, her time spent fulfilling duties around the home. Her resiliency prepared her for raising her own family with high standards.

Margaret was an excellent homemaker. She sewed items of clothing for herself, her children and mended worn out favorites for her family members. Never selfish, she always gave her time to friends who needed a stitch or two. Margaret was devoted to God. She attended St. Henry’s Church for most of her life, taking in the parish functions. She recited the rosary daily and protected her family members with special prayers when they travelled, often receiving sacred rosaries from around the world.

In 2007, Margaret moved to the Legion Manor, and as a resident there enjoyed many hours of fun and laughter. In November of 2015 she moved to Nipawin, SK, allowing her to be close to an abundance of family. One of her recent highlights and family milestones was becoming a great-great-grandmother. Margaret looked forward to prayers with Father Manh and visitors from St. Eugene’s parish, as well as the exceptional care and comfort provided by the staff at Pineview Lodge.

Mrs. Margaret Puhl of Nipawin, formerly of Melville, widow of Frank Puhl, passed away on Monday, December 9, 2019 at the age of 94 years. Prayers will be held on Wednesday, December 18 at 7:00p.m. and a Funeral Mass celebrated on Thursday, December 19 at 2:00p.m. all from St. Eugene Roman Catholic Church, Nipawin, SK. A Funeral Service will also be celebrated on Friday, December 20 at 2:00p.m.from St. Henry's Roman Catholic Church, Melville, SK. with the interment to follow in the St. Henry's Parish Cemetery. Memorials in memory of Margaret Puhl may be made to a Charity of One's Choice as gifts of remembrance. Arrangements by Heritage Funeral Home Ltd, & Tisdale Funeral Home, Nipawin and Bailey’s Funeral Home, Melville

Share Your Memory of
Margaret
Upload Your Memory View All Memories
Be the first to upload a memory!
Share A Memory