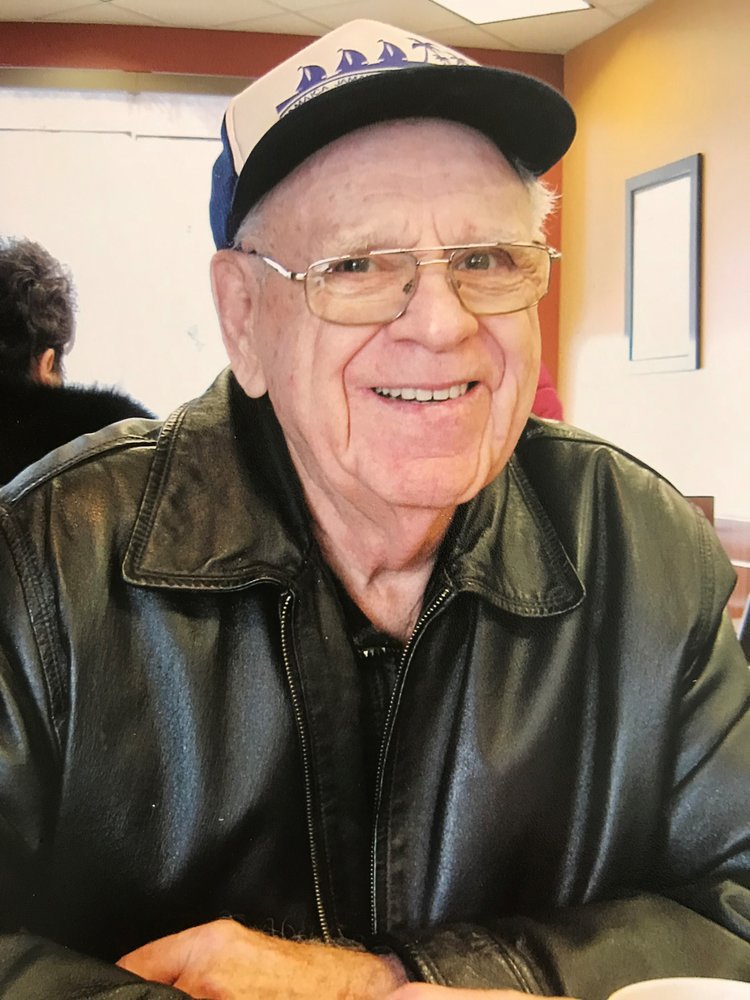 Ed was born in Luseland, Saskatchewan, on October 4, 1924 to Alexander and Charlotte Baumgartner. He was the youngest of 6 boys (Henry, Alex, Ron, Ray and Harold). Ed attended Campbell School in Davidson and at 9 years of age, his family moved to Fairy Glen. In 1937, the family moved to the Ridgedale area where they farmed. He attended Sandwell School. After his parents moved to Nipawin in 1939, Ed continued to farm for 45 years.

Meeting Doris Westman in 1947 at a sports day, they married on August 25, 1949. They were the first couple married at the Anglican Church in Nipawin. They went on to raise 5 children in Ridgedale (Wayne, Carol, Annette, Janet and Cindy).

While continuing to farm, Ed started his own carpentry business in 1963. Building numerous homes from the ground up and involved with countless renovations, his work ethic was tireless. Ed was diligent, industrious, highly-skilled and took pride in a job well done. In 1983, Ed and Doris moved to Nipawin, into a house Ed built, which he worked on and cared for until the day he passed.

Ed was loyal, honest, had a great sense of humour and was sensitive (though he tried to cover it). He enjoyed being around people, sharing a laugh or a story. He was always willing and ready to help his children, grandchildren and friends. The door in his home was always open for those who wanted to stop by for a chat, a coffee or a warm meal. It exemplified the concept of home, a gathering place, a place to laugh, cry and feel welcome. He also enjoyed crossword puzzles, baseball, tinkering around the house and collecting hats. Difficult to do nothing, with his hat high on his head, and a smile on his face, Ed always kept busy.

Ed was a great provider, protector and role model, leading by example. He will be greatly missed but never forgotten.

Share Your Memory of
Edward
Upload Your Memory View All Memories
Be the first to upload a memory!
Share A Memory