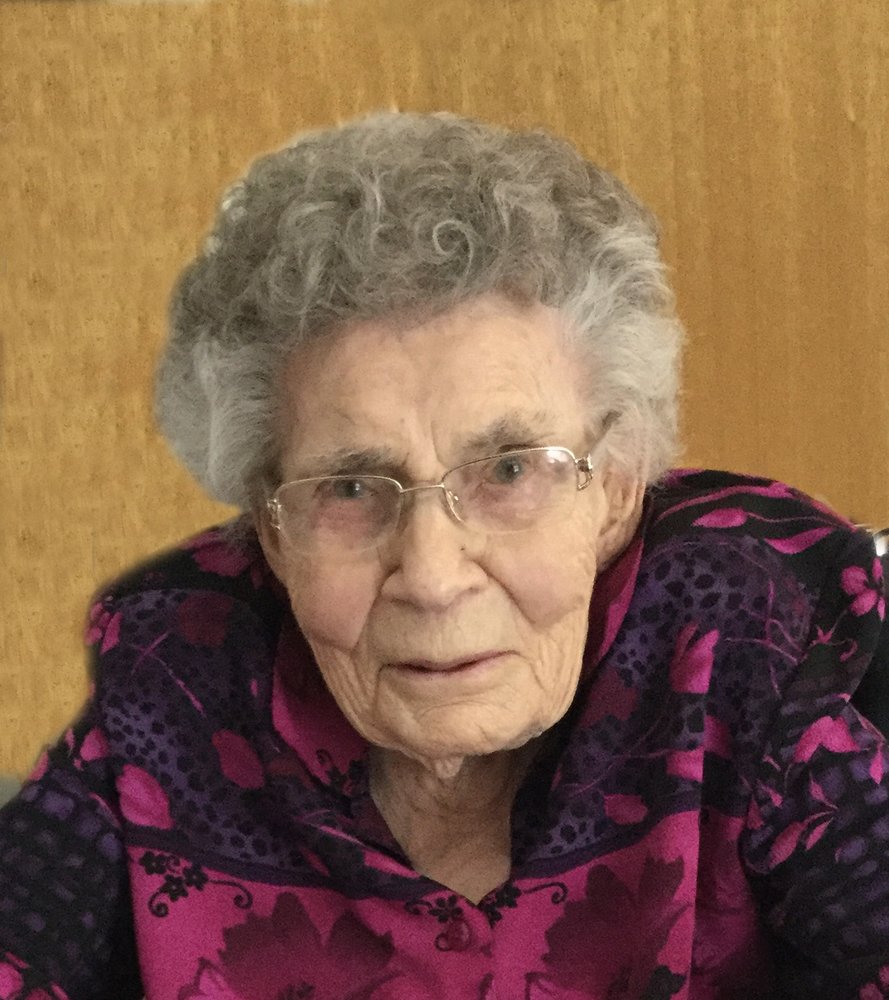 Jean was born on April 1,1916, near Glenside, Saskatchewan to Archibald and Maude McMillan. She attended high school until she was needed to help at home because her mother was ill. She then married Melville Hopkins and moved to the Codette area. Jean was a busy house wife, raising two sons and helping with the farm work.

Jean was an avid gardener.  Her love of flowers and plants, especially purple violets was well known.  She was known to have her entire coffee table covered in flowers.

Anyone who spent time with Jean knows what a talented baker she was.  From her butter tarts, to her pies, to her cinnamon buns, a creation that just cannot be duplicated.

Jean was a gifted quilter, creating beautiful blankets for friends, neighbours, and family. Her gift for colour and patterns enabled her to craft beautiful works of art that will be treasured by all those lucky enough to have received one.

She was once awarded the good neighbour award.  For anyone who met Jean this would come as no surprise.  She was always kind and helpful to all, always ready to jump in and lend a hand, whether it was using her sewing skills for alterations, driving neighbours to places they needed to be, scrubbing the floor, or helping to bake a batch of butter tarts.  She was willing to help wherever or however she was needed.  She will be missed by the community she was such an integral part of for so long. She was predeceased by her sister Lena, who was two years old. Jean lost her mother in 1947 and her father passed away in 1967. Her other sister and her brother who were younger passed away long before her. Jean’s husband passed away at Christmas time in 1984.

She leaves behind her two sons Arthur and Alvin, along with her daughter- in- law Flora and her grand-daughter Amelita.

She will be fondly remembered by everyone that knew her.

Share Your Memory of
Olive
Upload Your Memory View All Memories
Be the first to upload a memory!
Share A Memory