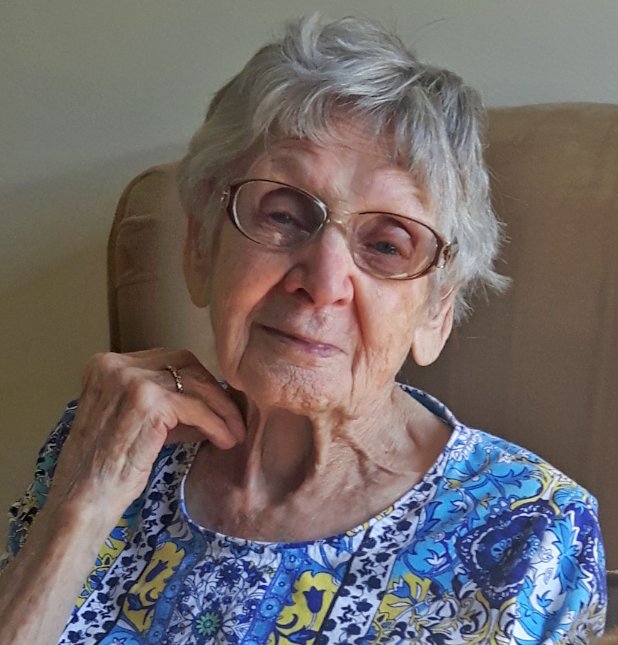 Margie Marie Ives (neé Watson) passed away in New Market Place, Tisdale May 29, 2018. Marie was born at Frontier, Saskatchewan, March 12, 1925, the daughter of Herman Edward Watson and Faye Elizabeth Francis. Herman and Faye farmed northeast of Frontier for several years, but in September of 1933 the drought and grasshoppers of the Dirty Thirties drove them to a quarter section north of White Fox in the Pine Torch District of northeastern Saskatchewan, where they became pillars of that community. With education greatly valued by Faye, Marie boarded away from home to finish high school in White Fox.

After completing high school, Marie spent time in Saskatoon, though the post-war years were still rather lean. When someone suggested Marie try the telephone office, she applied successfully, with the choice of becoming a telephone operator in Rosetown or Tisdale. Tisdale it was, and there Marie met her future husband, John Arthur (Jack) Ives. In 1951, they wed, then going on to live in Prince Albert, where Jack worked at the Prince Albert Herald and Marie continued as a telephone operator until they started a family. They were members of the CKBI Radio Players and took part in the Anglican Sunday School of the Air.  In 1953, Marie and Jack returned to Tisdale, where Jack had purchased the Tisdale Recorder with his brother Joe.  When Joe left to pursue other interests after a partnership of 22 years, Marie joined Jack as a partner in the business until they retired in 1982.

Marie led an active life as she raised her family, served on the vestry of St. Matthew’s Anglican Church (Tisdale), hosted bridge clubs, and volunteered in musical and acting groups, among many community activities. Once she had joined Jack Ives Sr. as co-publisher of the Tisdale Recorder, she became well known in the community for advertising sales, even publishing the paper and a regional advertiser during Jack’s absence for a NATO 30th anniversary reporting trip to Europe. Both Marie and Jack were active in the Saskatchewan Weekly Newspaper Association. In retirement, Jack and Marie travelled, with Marie providing invaluable help in the raising of their eight grandchildren.

Share Your Memory of
Margie
Upload Your Memory View All Memories
Be the first to upload a memory!
Share A Memory