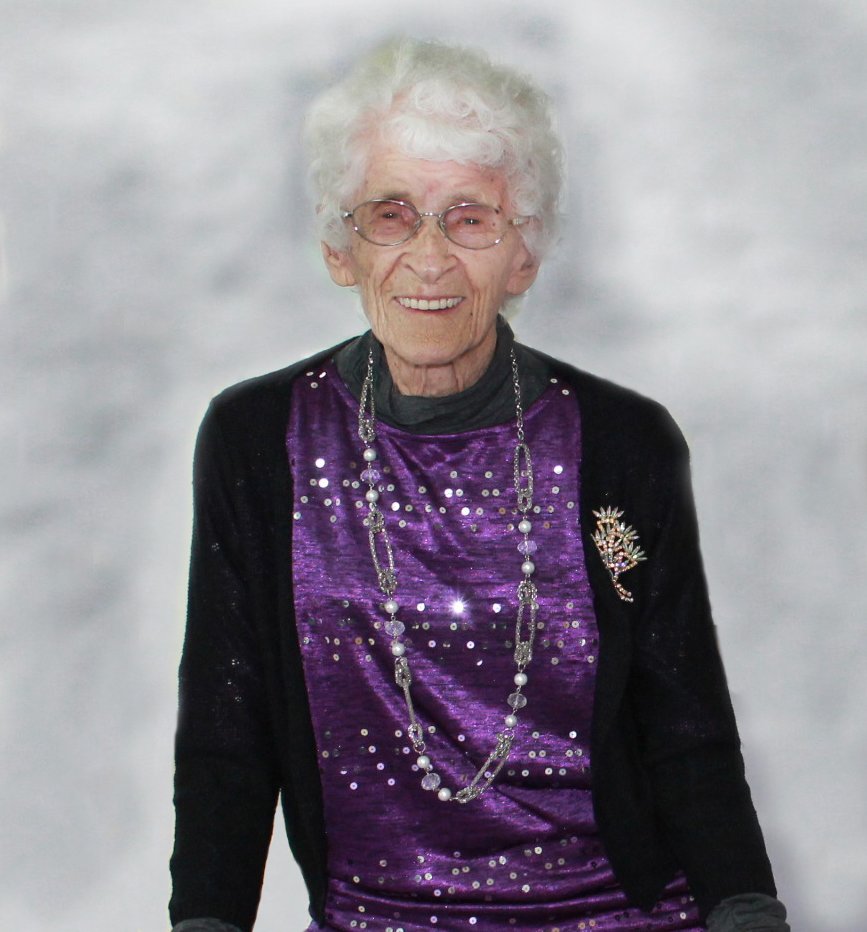 Please share a memory of Alice to include in a keepsake book for family and friends.
View Tribute Book

Alice was born on January 29th, 1918 to Edwin and Christena Azevedo in Duval, SK. In 1922 they moved to the White Fox area and she attended Waterview school. The family later moved to Pinehurst where she finished her eight years of education.

In April 1940, she married Edward (Ed) Elves and moved to the farm in Torch River. Their son James (Jim) Edward Elves was born on October 30th, 1943. Jim was always the shining star in Alice’s life. They worked the farm together for many years.

Alice always had a big garden and farm animals. In the early years she milked many cows morning and night and she loved to ride horses. Alice enjoyed crafts, painting, decorating cakes and sewing (she made many quilts for family and relatives). There was always company stopping in to visit and they were always invited to stay for a meal. Alice spent all of her years working on the family farm until her move to the senior’s complex, North Haven, in Smeaton, SK.

Share Your Memory of
Alice
Upload Your Memory View All Memories
Be the first to upload a memory!
Share A Memory