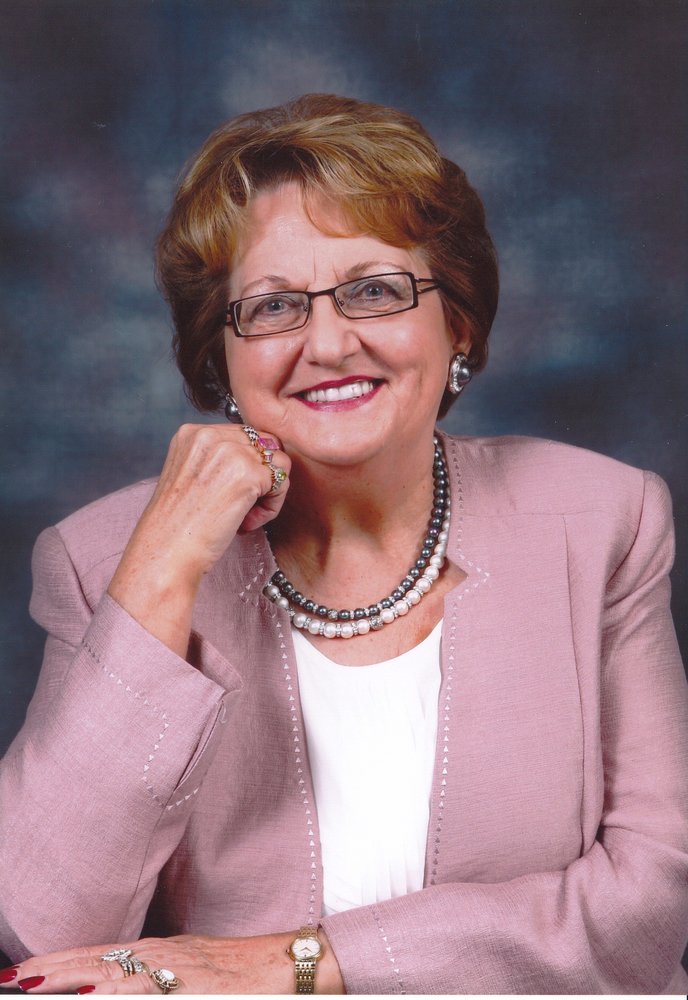 Please share a memory of Loretta to include in a keepsake book for family and friends.
View Tribute Book

Loretta Patricia Stankowski was born on October 1st, 1941 to James and Phyllis Remarchuk of Cudworth, Sask. She attended school in Cudworth and then moved to Prince Albert when she was 16 to work at Kresge’s Lunch Counter.  It was there where she met Pauline, who introduced her to Chester on a blind double date with Frank and Pauline. She met Chester in January, got engaged in March and got married on July 2, 1960.  They were blessed with four children, Lyle, Celine, Brent and Tricia. They moved from Prince Albert to Nipawin in 1972 when they purchased Nipawin Chrysler Dodge.
Over the years, Loretta volunteered many hours to the CWL, Kinettes,
K-ettes, Beta Sigma Phi, Nipawin Hospital Auxiliary, Red Hat Society and Flu clinics. She was an amazing organizer and if she was in charge, things were always done perfectly.
Loretta was known to many for her outstanding culinary skills and carrying on her Ukrainian traditions. She loved to entertain and no one ever left her house without a full stomach. Chester and Loretta both loved to travel and there weren’t many destinations left on her bucket list. Their most memorable times were in the past 20 winters they spent in Lake Havasu, Arizona. She was an avid reader and enjoyed knitting and crocheting. Loretta was an elegant woman and you would never see her looking anything less than fabulous with a matching outfit, shoes, purse and jewellery.
The most important thing in her life was her family. She loved each of us unconditionally and would do anything for us. She will be forever loved and missed.
Loretta is survived by her loving husband of 58 years, Chester; Children: Lyle (Tammy), Brent (Sandra), Tricia (Louis); grandchildren: Katelin (Mitchell), Carson (Haley), Madison (Jake), Haley (Matt), Carl, Jade and Great Granddaughter Emmalyn; Brother Bill (Irene); Sister Rose; Sister-in-law Pauline.
She is predeceased by her mother Phyllis, father James, daughter Celine, mother-in-law Jenny, father-in-law Carl, brothers Wilf and Lawrence, sisters Delphine and Lorraine, brother-in-law Frank and nephew Blair.

Share Your Memory of
Loretta
Upload Your Memory View All Memories
Be the first to upload a memory!
Share A Memory